Please let me know if something like this is already possible in VR Sketch, since I’m still somewhat new. The importance of this suggestion is to help complete the full process of thinking -> design -> precision modeling all within the same VR space. Typically, CAD software has omitted tools that help the designer “think” because designers usually think with pen/paper, and then import a reference into CAD for modeling. But VR presents an opportunity to bring the early phase of design thinking into a 3D digital space. For this, rough sketching tools (like the blob brushes in Gravity Sketch or pens in Quill) could be helpful. Here’s an image I pulled from http://www.mattschaeferdesign.com/designing-in-vr that shows an architectural sketch made in Quill: 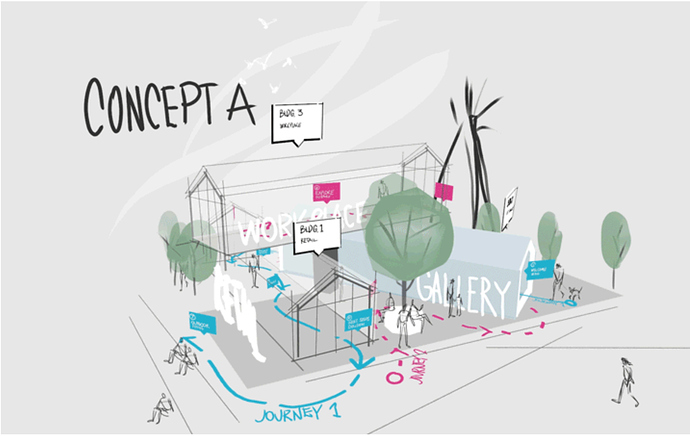 In VR Sketch, the only tools (that I know of) for freehand sketching are the Notes tool and Freehand tool. The Notes tool is great, but it has a big limitation in that the line thickness scales to the viewport. I shift scales a lot when working on large models, so if I draw notes while zoomed out, those notes basically disappear when I zoom in, which doesn’t make them very useful for roughing out design ideas at architectural scales.

Perhaps there could be a version of the Notes tool where the line thickness stays consistent. From a software development perspective, I figure it would work totally differently from the Notes tool. It could work like a blob brush similar to Gravity Sketch, but it wouldn’t need to be as high-poly. Ideally it would automatically draw to its own layer, which you could toggle on and off. And perhaps the geometry could be translucent, so the sketches don’t seem “final” or obstructive. Here’s an image of a 3D sketch of a car done in Gravity Sketch (source: https://sketchfab.com/3d-models/a-sketchy-car-073fbd1835b04fc5b15c26cce4850ba5): 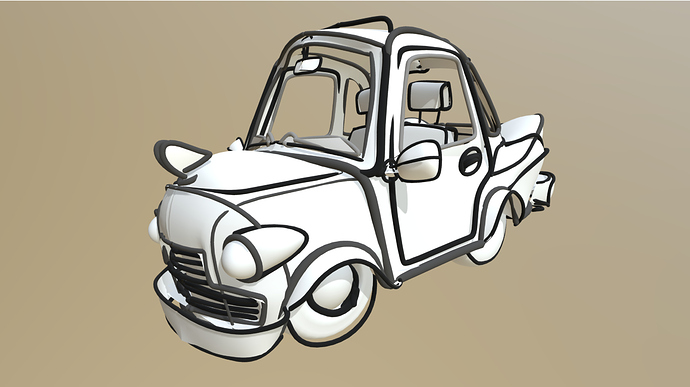 Again, it wouldn’t need to be that high-poly. Just something to rough out ideas without having to stop and think “oh, what tool would I use to model this geometry?” and so on. A direct line from the brain to the hand, so to speak. A thinking aid rather than a modeling aid. Does this make sense?

Let me know your thoughts!
Thanks

Hey! Thanks a lot for your thoughts. I will definitely have to look more closely at what kind of sketches we can do in Gravity Sketch.

About the “notes” tool, the line thickness should remain visually constant, or in other words the lines should appear thicker when farther away. With that in mind, if you draw something when zoomed out and then zoom in, then the drawn lines should remain visible. I would expect the opposite problem: when you draw a sketch when zoomed in, and then zoom out a lot, then all the lines end up on top of each other and you have a small messy blob. However, it might be the case that it works differently on PC and on standalone Quest, or that I’m just misremembering.

In any case, if we could improve the situation, that would be great. I guess that in the Gravity Sketch picture, the width of the lines is constant and part of the model, no matter if you go closer to the model or change its scale. The thickness varies, too, which might be cool to have too. How about we give lines a constant thickness like 1cm in the current zoom level? If you draw and then zoom, then the thickness changes; if you draw and then zoom in a lot, then the lines go far away but go correspondingly bigger and should remain visible; if you want to get thinner or thicker lines in the first place, you’d zoom in or out before drawing them?

About drawing notes on their own layer: you can already roughly do that, by configuring the layer into which notes are drawn and then turning the layer on or off. It’s the same layers used for the rest of model, in the Layers page of the Settings dialog box in VR. However, and again unless I’m misremembering, by default notes go to the initial layer “Layer0” and you can’t hide this layer. It’s again something that would need improvement.

Thanks for the response, Armin. To state the issue clearer, when I’m zoomed out, I sometimes sketch some geometry with the notes tool, and then when I zoom in (I’m talking like 50-100x scale change since I’m working at a building-complex scale), the lines are still visible (because they’re always the same width at any scale), but they look like thin noodles running around and I can barely discern what geometry they’re supposed to form.

I’ve tried Gravity Sketch before and yes, the main brush tool creates geometrical “tubes” that you draw like 3D lines, which have a fixed thickness. It’s quite useful for 3D art, but VR Sketch isn’t really for art, but a similar tool could also be very useful for making 3D “concept diagrams” in VR Sketch.

In my field, landscape architecture, we make concept diagrams like these all the time: 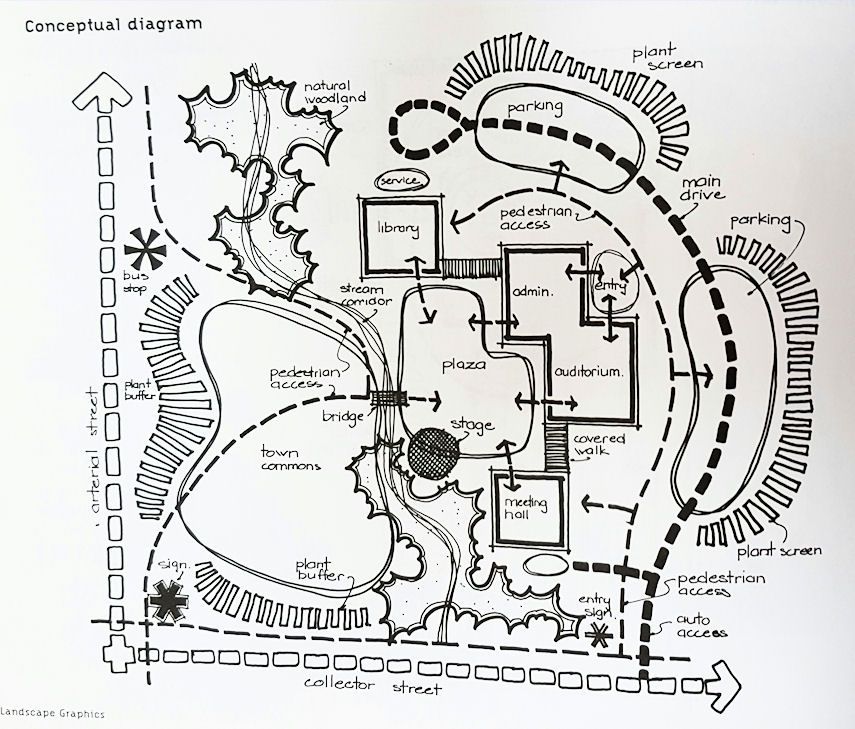 We use them to work out questions of programming, adjacencies, typologies, flows, etc. before getting caught up in physical geometry. What I’m thinking is that we could have a set of 3D brush tools that allow us to “sketch” a drawing like this, but in 3D VR. The text annotations are important too. (As a side note, it would be great if we could fix the scale of the text annotations in VR Sketch, because of the same issue of zooming way out, and way in, when working on large models. A slider for annotation size would be fantastic).

It’s really hard to “think” about these organizational sorts of questions with cubes and CAD lines, which is why a lot of designers say to never design in CAD. But boy, it would be radical to be able to “sketch” and think in VR CAD and then transition to the precision modeling tools afterward.

Again, I appreciate your responsiveness and openness to ideas!
Thanks

This such a good idea. I tend to record video’s cast out of VrSketch to OBS as a walk around to send to people, being able to sketch simple things out as I go such as @Alex_Arshadi describes would be very powerful.

Replying to myself to say I am now aware of the button in the Layers panel that assigns notes to a layer. What a handy little feature.

I’m having time now to work on this. I did an experimental version which remembers at which scale each line was drawn, so that it correctly zooms out or in. It does look like a good change to me. It’s not 100% finished, but can I send to you this experimental version for testing? Do you need the PC VR or the standalone Oculus Quest version?

Exciting! I’d be happy to test the PC VR version. Thanks a bunch.

Oh wow, this is very interesting. It is certainly an improvement. I realize it’s not finished yet but if we could see the line width before we draw, that would be great. I wonder if some users would prefer the original version, but I certainly think this is better. Would it be too complicated to have both versions of the tool available to toggle on and off?