Hello, I’m using a development version of VR Sketch that was posted in this forum topic: Problem loading point clouds

When I record video inside VR Sketch on the fixed position setting, the video looks like this: 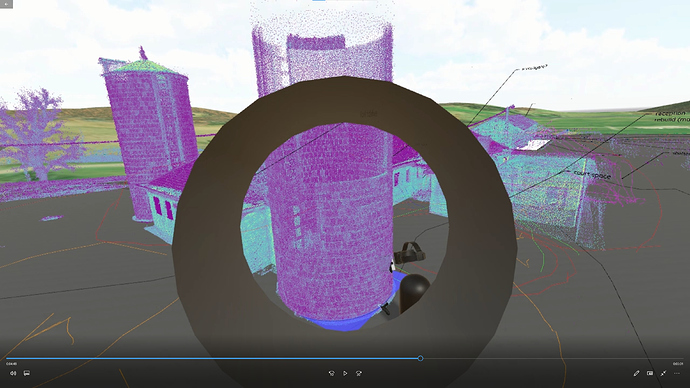 It seems like the lens from the 3d model of the floating camera is getting picked up in the video recording. It stays there the whole video. Have I messed up somehow?

The fix is done, sorry for the delay. If you want, you can try it out with the in-development version: https://vrsketch.eu/download/baroquesoftware_vrsketch_v16-a350.rbz